It will take approximately 170 years to close the world’s gender gap, according to The World Economic Forum’s latest gender gap report. While a lot can change in 170 years, including new developments to accelerate this process, a key focus is the adaptability of the labor market to the projected needs of the fastest-growing industries. For the next 20 years, this means adapting to the digital revolution that is currently taking place.

With the rise of technology, artificial intelligence, and the integration of technology in numerous industries such as cognitive medicine, there will be a subsequent rise in demand for roles that require STEM-related (Science, Technology, Engineering and Mathematics) backgrounds. Pre-empting this rise in demand is key to maximizing growth potential.

The concentration on women in addressing this digital revolution exists due to their severe underrepresentation in STEM industries, coupled with a severe shortage of supply in the labor market and increased demand by employers. In the UK for example, 52 per cent of firms will experience a shortage of staff in STEM-related subject over the next three years, with 64 per cent claiming the shortage is a threat to their business.

While these numbers create a significant opportunity for both genders, recognizing that a particular focus on increasing female participation in these industries is crucial to accelerating the closure of the gender gap. In the UK, women make up a mere 9 per cent of the engineering population and just 28.4 percent of the research population worldwide. The imbalance of demand and supply is in favor of the STEM labor market and will arguably continue as the demand for maintenance-related positions increases.

The skills that industries need in the year 2020 onwards must be addressed at the early stages of primary education in order for women to be ready to join the digital revolution. Comparing science potential at school, girls and boys achieve similar scores. This does not translate to tertiary education, where the rate of female participation in science related subjects at university is significantly less than 50 per cent. The sociocultural intricacies and stereotypes regarding women in STEM must be recognized and embraced to further entice young girls to join the digital revolution.

Increased female participation in the labor market, particularly in STEM, can be daunting for both genders. For men, it may seem threatening that all of a sudden there is a sharp rise in competition during the job application stage, and further throughout career development. The key word is competition, which is a key driver for success; without it, the world would be at a stalemate. Therefore increased competitiveness in the industry can be seen as yet another opportunity to accelerate growth.

Although it can be particularly challenging for women in the technology industry, there have been trailblazers who have already started to revolutionize the industry, including Sheryl Sandberg and Ruth Porat, COO of Facebook and CFO of Google respectively.

We cannot change what we are not aware of as Sheryl Sandberg writes in Lean in, luckily, we are aware of what society will need in the future. In order to truly prepare for the future, we must consider what the world will look like in 2030, and what tools and skills are needed to adapt to the technological changes. Society must be proactive in its approach of the future to maximize the potential of future generations. Most importantly is deciding where we, as individuals, want our place to be in 2030 – do we want to be the designers and drivers of the high-tech transport systems of the future, or are we content with taking the back seat?

This website uses cookies to improve your experience while you navigate through the website. Out of these cookies, the cookies that are categorized as necessary are stored on your browser as they are essential for the working of basic functionalities of the website. We also use third-party cookies that help us analyze and understand how you use this website. These cookies will be stored in your browser only with your consent. You also have the option to opt-out of these cookies. But opting out of some of these cookies may have an effect on your browsing experience.
Necessary Always Enabled
Necessary cookies are absolutely essential for the website to function properly. This category only includes cookies that ensures basic functionalities and security features of the website. These cookies do not store any personal information.
Non-necessary
Any cookies that may not be particularly necessary for the website to function and is used specifically to collect user personal data via analytics, ads, other embedded contents are termed as non-necessary cookies. It is mandatory to procure user consent prior to running these cookies on your website.
SAVE & ACCEPT

Join me for a FREE Live Online Training with Q & A. 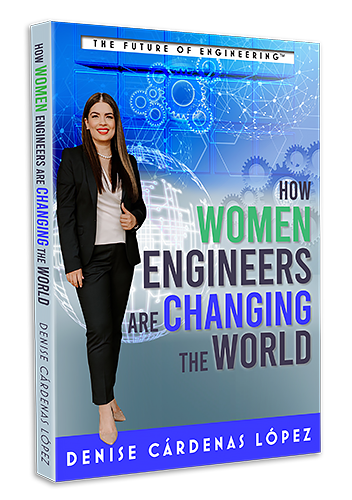